is own HMB-history began in 2013 right after HMB World Championship “Battle of the Nations”-2013 in France. Captain of “Ursus” HMB-club and armorsmith came back from World Championship and finished putting together David Dixon`s (for that moment he was just fighter of the club)  first kit after he got back from France.  And it was the start of his HMB-life. 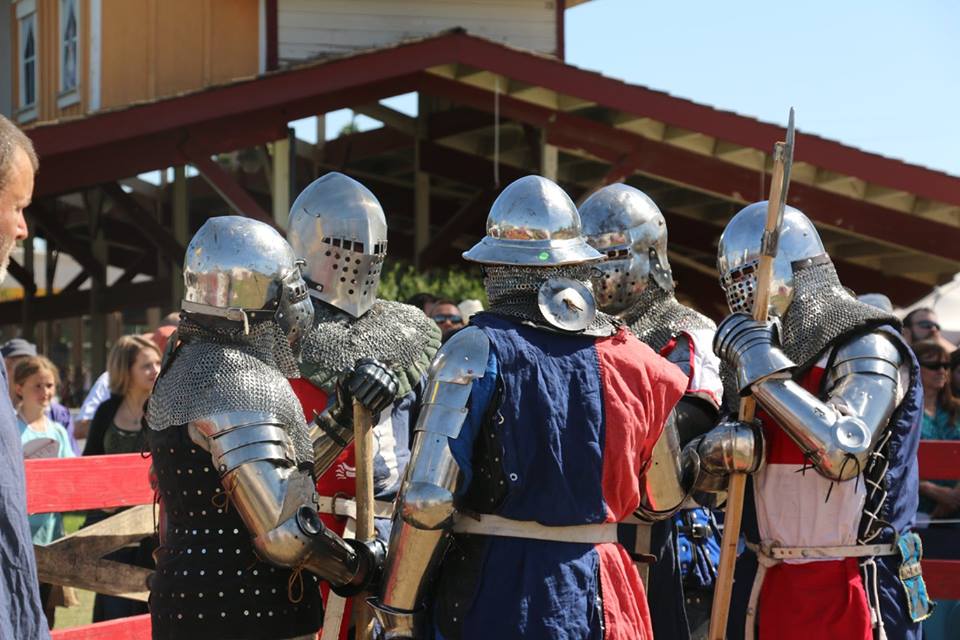 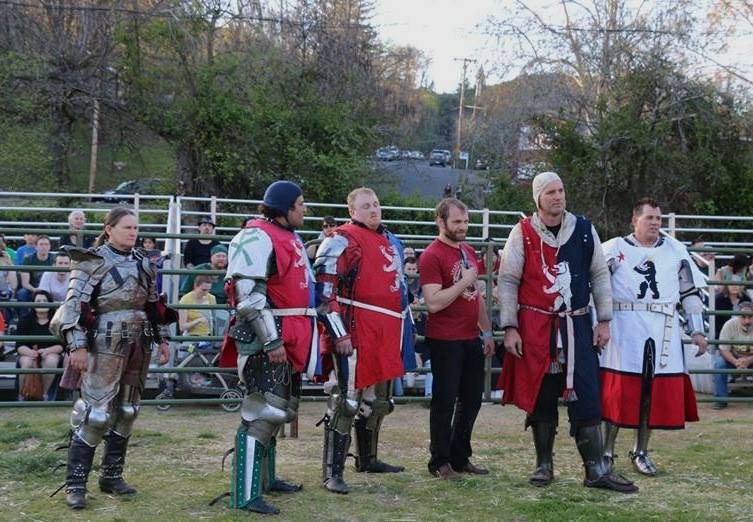 David Dixon is not just a fighter now, he is captain  of the National team of his country. So we decided to ask him about all the news and details of HMB-movement development in USA, and that what he told us.

David Dixon, captain of team USA, fighter of “Ursus” HMB-club (USA): “Our team is built of many different fight clubs throughout the country.  Throughout the year we try to get together as often as possible, (which can be hard due to distance as we are a large country in land mass).  Since then the team has had its ups and downs but 2015 was a great year for us with a lot of progress forward.  We brought a small but competitive team to the “Battle of the Nations”-2015 and are very excited to grow from last year’s successes.  We are seeing new recruits and vets that are continuing to improve. We are newer to the sport than many but learning quickly.

As David Dixon told, the biggest obstacle right now is resources and flying overseas. Its expensive. But in spite of this all fighters are trying to conquer it and doing all that they can to vizit as many tournaments as possible. And one of the most important thing is that fan base of HMB is growing here in USA though and most people that see it love it.  Captan Dixon has a hope that this sport will become more and more popular here in the USA in the years to come. It means a lot to us that “Battle of the Nations” fans are getting to know us better. 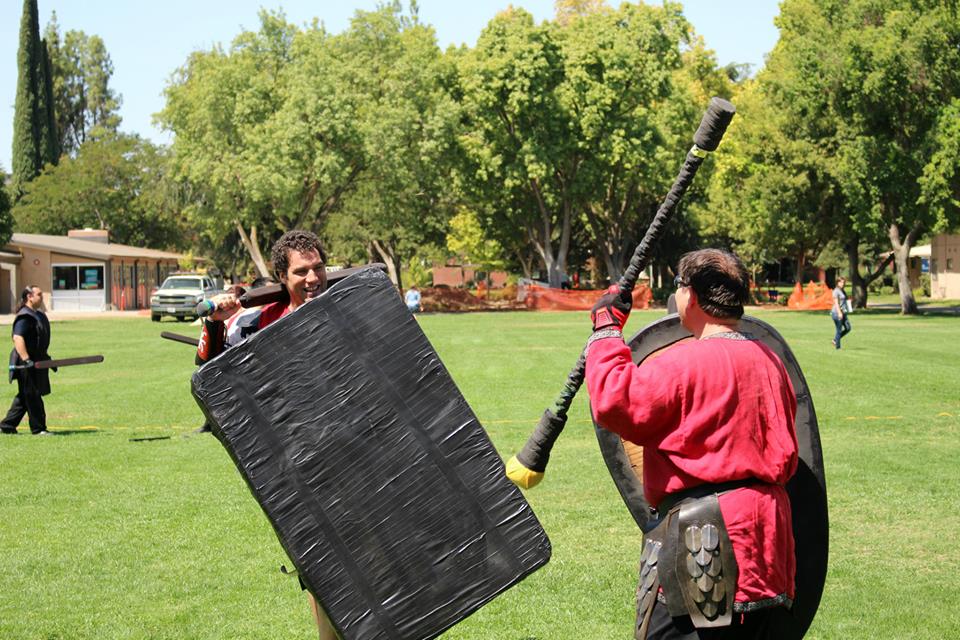 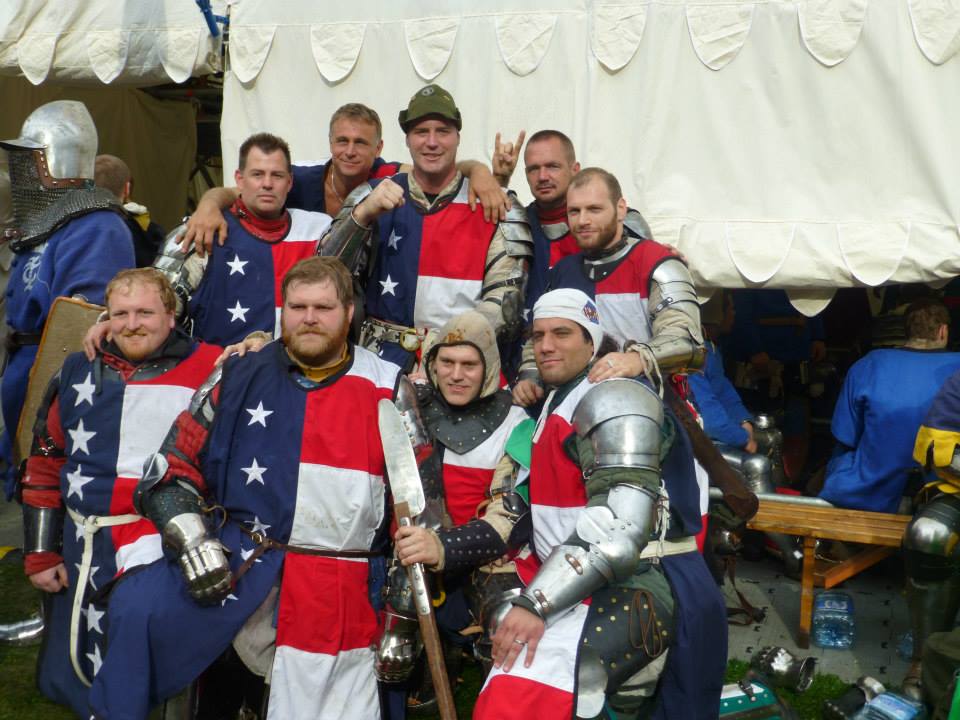 any work done to develop and popularize this movement. There are many clubs currently active. According to mr. Dixon, all clubs there are independent and operation based on their members needs and self determination. The US singles fighters and “5vs5″ teams are chosen by tournament standings at a National tournament held every year.  Some 5 man teams are all from the same club, (bigger clubs sometimes have a A and B team and both can compete), but sometimes smaller clubs can band together to make a 5 man to compete.

Here we can name the main HMB-clubs in USA:

As all clubs are independent, there are elections to the leader position. David Dixon was elected as Captain a month ago.  He selected Rich Elswick to be the Vice-Captain.  All of the club captains play a role in leadership in that without strong and growing clubs the team does not get healthy.  Also the field captains of the teams that get first second and third in our national tournaments also lead their 5 man at BotN.  Most of the club captains lead their club’s melee team. 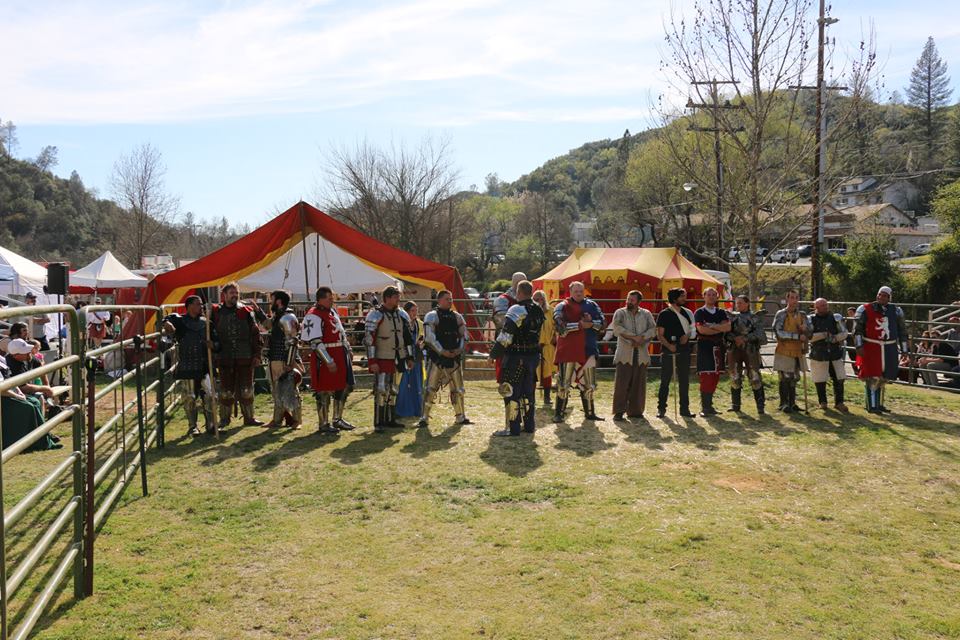 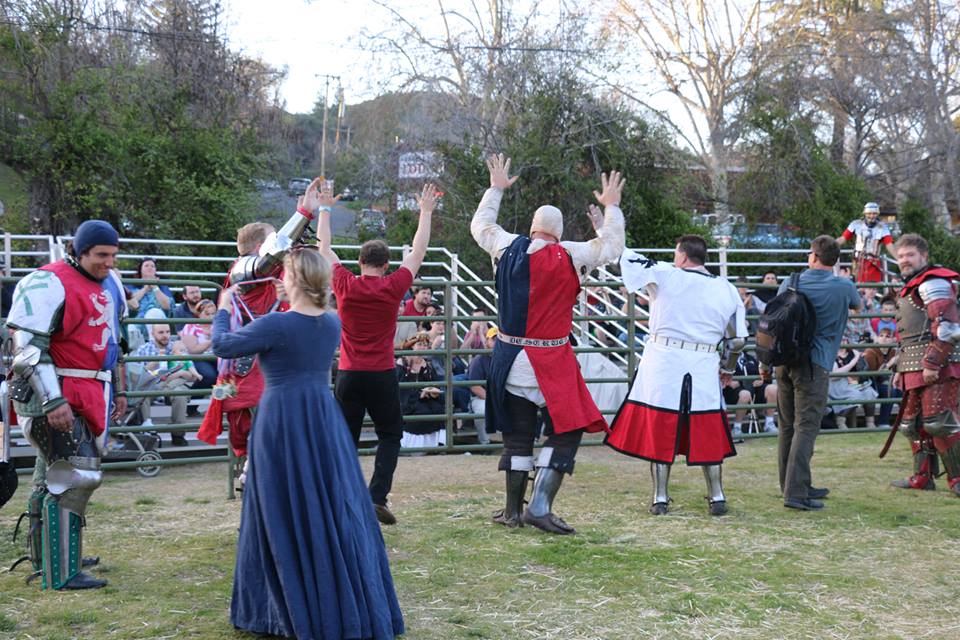 s everybody in HMB knows, support group is very important part of the team, National team as well. And captain Dixon glad that Toni Szymanski joined the team on the logistical side of things and she is helping to get many thing done for us. Dorothy Lancaster also has reasently stepped up to help lead our fighter support team.

Especially support team is necessary before and during different tournaments. According to David Dixon, fighters are trying to take part in tournaments as often is possible.  So their support team have a lot of work to do.

"Events vary, we have many events some hosted by clubs and some hosted as national events. There is normally one or two national events and the rest are hosted by clubs where fighters from all different clubs are invited to go. We also had the opportunity to have HMB set up a First class tournament in California last month which was awesome.
David Dixon, captain of team USA, fighter of HMB-club (USA) 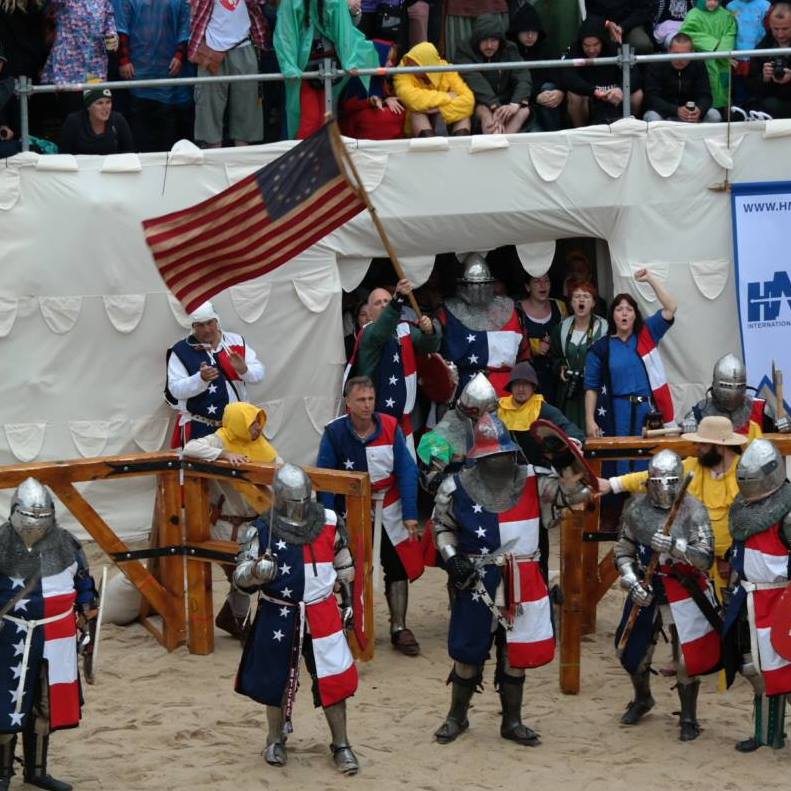 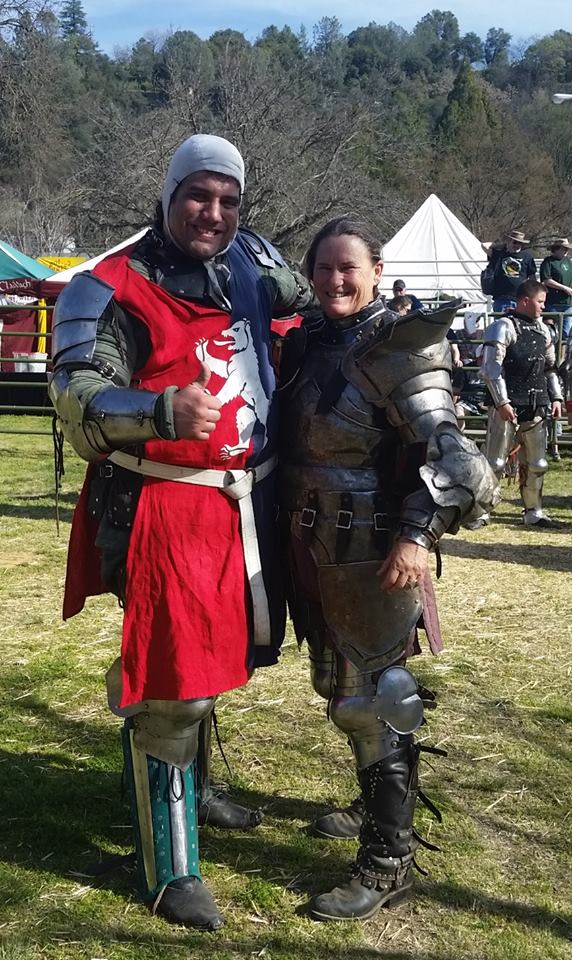 he USA fighters gets an experience that is very useful and important practice participating in HMB-events and planning to keep doing what they are doing to get better.  There are many events and practices happing all over the country. In March 11th- 13th in Sonora, California american fighters will participate in National tournament for the USA held at the Sonora Celtic Faire.

David Dixon, captain of team USA, fighter of Ursus HMB-club (USA): "While this is National team selection tournament, ANY fighter that wish to attend are more than welcome to contac us and come fight in the tournament in either 5s and or singles.  We would love to have some international teams come as well!" 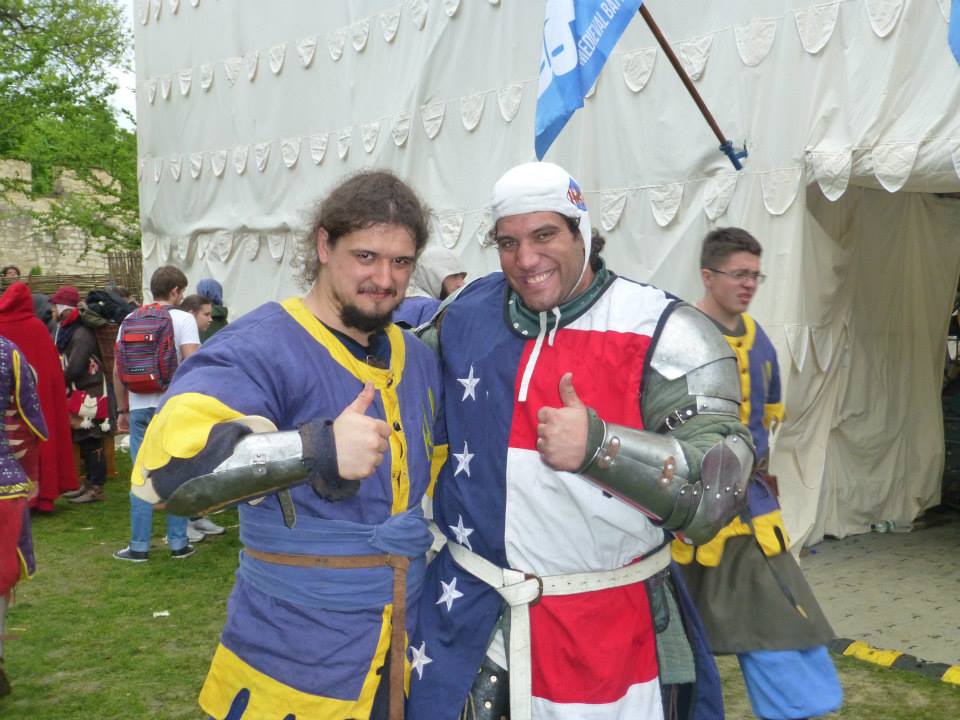 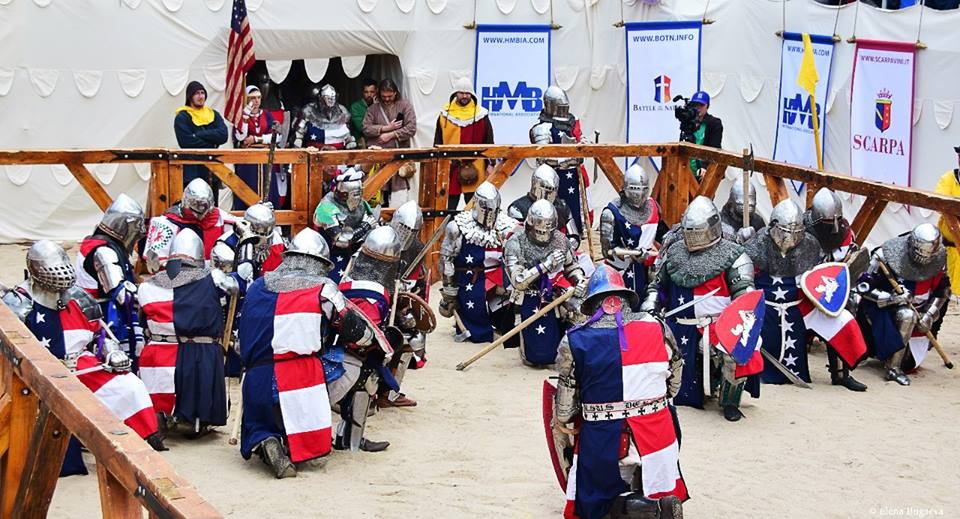 We can only wish success to David Dixon and other HMB-movement fans and wait for them at the next HMB World Championships “Battle of the Nations”.